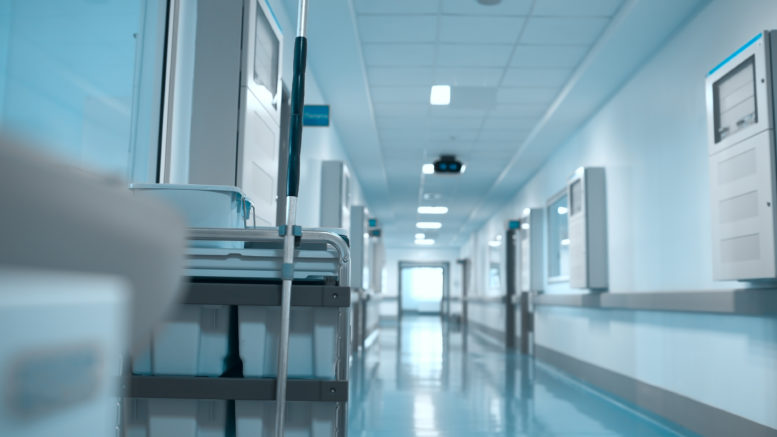 SPED and Escherichia coli were used to implement three experiments in simulation rooms and a microbiology laboratory in 2017–2018.

Experiment 1 investigated the transmission behavior of SPED in a predefined simulated patient-care scenario. SPED marked with three different DNA sequences (SPED1-SPED3) were introduced at three different points of the consecutive 13 touch sites of a patient-care scenario that was repeated three times, resulting in a total of 288 values. Experiment 2 evaluated SPED behavior following hand cleaning with water and soap and alcohol-based handrub. Experiment 3 compared transfer dynamics of SPED versus E. coli in a laboratory using a gloved finger touching two consecutive sites on a laminate surface after a first purposefully contaminated site.

Experiment 1: SPED adhesiveness on bare skin after a hand-to-surface exposure was high, leading to a dissemination of SPED1–3 on all consecutive surface materials with a trend of decreasing recovery rates, also reflecting touching patterns in concordance with contaminated fingers versus palms.

Experiment 2: Handwashing with soap and water resulted in a SPED reduction of 96%, whereas hand disinfection led to dispersal of SPED from the palm to the back of the hand.

Experiment 3: SPED and E. coli concentration decreased in parallel with each transmission step – with SPED showing a trend for less reduction and variability.

The researchers concluded that SPED represent a convenient and safe instrument to simulate pathogen spread by contact transmission simultaneously from an infinite number of sites. They can be further developed as a central asset for successful infection prevention in healthcare.