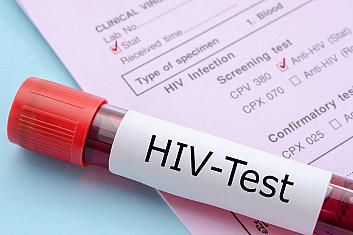 Less than one in four adolescent men who have sex with men (AMSM) ever get tested for HIV, research funded by the National Institute on Minority Health and Health Disparities (NIMHD), part of the National Institutes of Health, has reported. The study, led by Brian Mustanski, PhD, of Northwestern University, Chicago, IL, appeared today in the journal Pediatrics.

The researchers recruited 699 AMSM participants, aged 13-18 years, from an ongoing trial, called SMART, that is evaluating existing HIV prevention programs. Participants provided data on their age, race/ethnicity and place of residence. Researchers developed a questionnaire to assess their socioeconomic status, and evaluate HIV transmission risk, communication with physicians and attitudes toward getting tested for HIV.

Almost half of the participants were Latino or Black. Although most of the participants had a regular clinician, few had conversations with them about same-sex behavior, sexual orientation and HIV testing. The researchers also noted that older AMSM were more likely to report getting tested than their younger counterparts. Among several factors that encouraged AMSM to get tested for HIV, patient-clinician conversations were the most crucial. The researchers suggested some nonverbal ways to facilitate physician conversations, such as adaptations in the office environment to reflect inclusivity.

HIV infection goes undiagnosed in 51.4% of HIV-positive 13- to 24-year-olds, and four out of five new infections in this age range occur in men who have sex with men. Sexual and gender minority teenagers have a disproportionate risk of acquiring HIV because they face certain structural barriers that prevent them from getting tested. Lack of knowledge about legally being able to consent for testing and the social stigma of being outed are some of the contributing factors. This study speaks to the urgency of the Department of Health and Human Services program Ending the HIV Epidemic: A Plan for America, which focuses on four strategies, including early diagnosis.

Reference: B Mustanski et al. Factors associated with HIV testing in teenage men who have sex with men. Pediatrics. https://doi.org/10.1542/peds.2019-2322