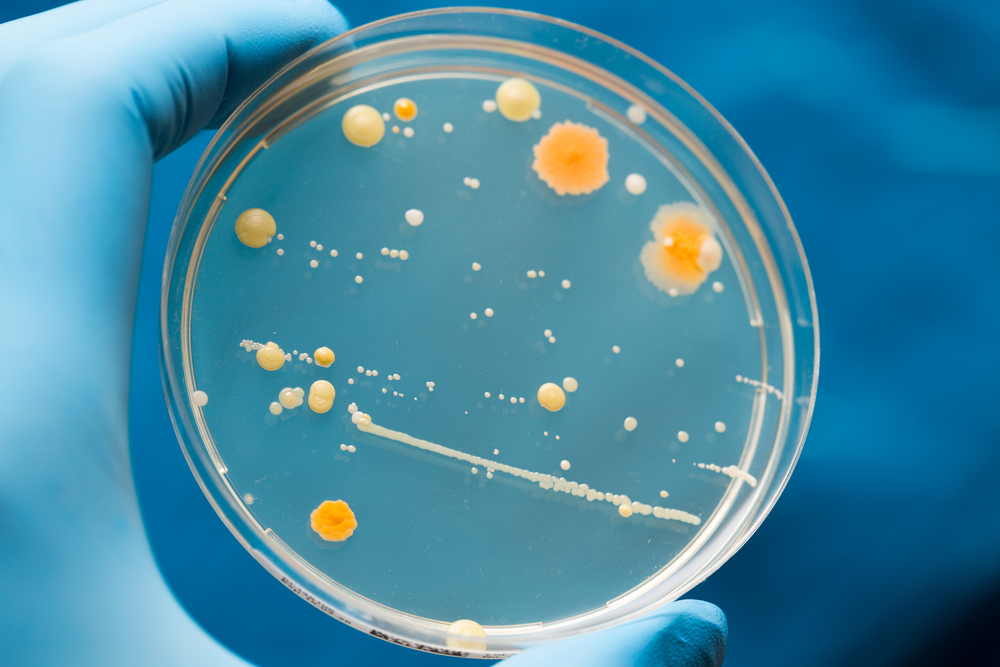 Pharmacist-led Approach in Community Hospitals Can Cut Antibiotic Use

In small, community hospitals that don’t have resources for a dedicated staff to oversee the proper use of antibiotics, turning to staff pharmacists showed promise in a model study conducted by Duke Health.

The study, which included four community hospitals in North Carolina, demonstrated an approach that could be expanded to the nation’s wider network of small hospitals, where more than half of the U.S. population accesses care.

“This is a matter of major consequence, because up to 50 percent of antibiotic use in our study was inappropriate, meaning there was a better choice or the prescription was simply unnecessary,” said Deverick Anderson, MD, director of the Duke Center for Antimicrobial Stewardship and Infection Prevention and lead author of the study publishing Friday in JAMA Network Open.

“We have to develop systems that are scalable and effective in helping reduce the improper or needless use of antibiotics at every level,” Anderson said, noting that overuse of these critical drugs has led to the spread of deadly superbugs that are resistant to previously effective treatments.

Two strategies were tested using hospital pharmacists as designated stewards. In one strategy, pharmacists were enlisted as the gatekeepers for antibiotic use, giving pre-approval to doctors before the drugs could be prescribed to patients.

The pre-approval aspect was quickly determined to be too difficult, because doctors wanted the flexibility and autonomy to manage their patients. Instead, a modified approach was adopted, in which doctors could prescribe the first dose of antibiotic, but that was followed by a pharmacist review.

The second tested strategy involved a post-prescription audit, where pharmacists reviewed the effectiveness of the antibiotic to determine whether it should be continued or changed after the patient received the antibiotic for three days.

All four hospitals participated in both intervention for six months, covering a total of nearly 2,700 patients.

Overall antibiotic utilization decreased under the audit system compared to historical controls, but the modified prescription authorization intervention did not reduce the use of antibiotics.

“Even modest decreases in antimicrobial utilization are valuable, particularly when potentially achievable in the more than 3,000 community hospitals in the U.S.,” Anderson said. “This study suggests there are approaches that can work, even in hospitals where resources might be limited.”

This was a three-stage, multicenter, prospective nonrandomized clinical trial with crossover design. The setting was four community hospitals in North Carolina (median bed size, 305; range, 102-425). Participants were all patients receiving targeted study antibacterial agents or alternative, nonstudy antibacterial agents. The study dates were October 2014 through October 2015. All statistical analyses were completed as of October 2016.

Two antimicrobial stewardship strategies targeted vancomycin hydrochloride, piperacillin-tazobactam, and the antipseudomonal carbapenems on formulary at the study hospitals: (1) modified preauthorization (PA), in which the prescriber had to receive pharmacist approval for continued use of the antibiotic after the first dose, and (2) postprescription audit and review (PPR), in which the pharmacist would engage the prescriber about antibiotic appropriateness after 72 hours of therapy. Two hospitals performed modified PA for 6 months, then PPR for 6 months after a one-month washout. The other two hospitals performed the reverse.

The primary outcome was the feasibility of implementing the interventions, determined by (1) approval by hospital administration and committees at each study hospital; (2) completion of pharmacist training; (3) initiation and implementation as determined by number, type, and outcomes of interventions performed; and (4) time required for interventions. Secondary outcomes included antimicrobial use (days of therapy) compared with matched historical periods and length of hospitalization.

The researchers found that strict PA was not feasible in the study hospitals. In contrast, PPR was a feasible and effective strategy for antimicrobial stewardship in settings with limited resources and expertise.

Scientists have discovered that the gut-infecting bacterium Clostridium difficile is evolving into two separate species, with one group highly adapted to spread in hospitals. Researchers at the Wellcome Sanger Institute, London School of Hygiene & Tropical Medicine and collaborators identified genetic changes in the newly-emerging species that allow it to thrive on the Western sugar-rich diet, evade common hospital disinfectants and spread easily. Able to cause debilitating diarrhoea, they estimated this emerging species started to appear thousands of years ago, and accounts for over two thirds of healthcare C. difficile infections.

Published in Nature Genetics today (12 August), the largest ever genomic study of C. difficile shows how bacteria can evolve into a new species, and demonstrates that C. difficile is continuing to evolve in response to human behaviour. The results could help inform patient diet and infection control in hospitals.

C. difficile bacteria can infect the gut and are the leading cause of antibiotic-associated diarrhoea worldwide. While someone is healthy and not taking antibiotics, millions of 'good' bacteria in the gut keep the C. difficile under control. However, antibiotics wipe out the normal gut bacteria, leaving the patient vulnerable to C. difficile infection in the gut. This is then difficult to treat and can cause bowel inflammation and severe diarrhoea.

Often found in hospital environments, C. difficile forms resistant spores that allow it to remain on surfaces and spread easily between people, making it a significant burden on the healthcare system.

To understand how this bacterium is evolving, researchers collected and cultured 906 strains of C. difficile isolated from humans, animals, such as dogs, pigs and horses, and the environment. By sequencing the DNA of each strain, and comparing and analysing all the genomes, the researchers discovered that C. difficile is currently evolving into two separate species.

Dr Nitin Kumar, joint first author from the Wellcome Sanger Institute, said: "Our large-scale genetic analysis allowed us to discover that C. difficile is currently forming a new species with one group specialised to spread in hospital environments. This emerging species has existed for thousands of years, but this is the first time anyone has studied C. difficile genomes in this way to identify it. This particular bacteria was primed to take advantage of modern healthcare practices and human diets, before hospitals even existed."

The researchers found that this emerging species, named C. difficile clade A, made up approximately 70 per cent of the samples from hospital patients. It had changes in genes that metabolise simple sugars, so the researchers then studied C. difficile in mice**, and found that the newly emerging strains colonised mice better when their diet was enriched with sugar. It had also evolved differences in the genes involved in forming spores, giving much greater resistance to common hospital disinfectants. These changes allow it to spread more easily in healthcare environments.

Dating analysis revealed that while C. difficile Clade A first appeared about 76,000 years ago, the number of different strains of this started to increase at the end of the 16th Century, before the founding of modern hospitals. This group has since thrived in hospital settings with many strains that keep adapting and evolving.

Dr. Trevor Lawley, the senior author from the Wellcome Sanger Institute, said: "Our study provides genome and laboratory based evidence that human lifestyles can drive bacteria to form new species so they can spread more effectively. We show that strains of C. difficile bacteria have continued to evolve in response to modern diets and healthcare systems and reveal that focusing on diet and looking for new disinfectants could help in the fight against this bacteria."

Professor Brendan Wren, an author from the London School of Hygiene & Tropical Medicine, said: "This largest ever collection and analysis of C. difficile whole genomes, from 33 countries worldwide, gives us a whole new understanding of bacterial evolution. It reveals the importance of genomic surveillance of bacteria. Ultimately, this could help understand how other dangerous pathogens evolve by adapting to changes in human lifestyles and healthcare regimes which could then inform healthcare policies."