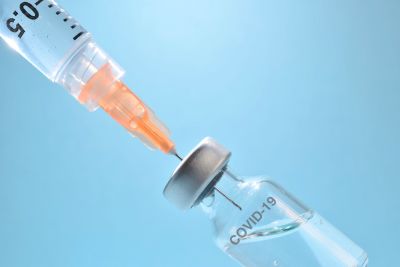 While receiving just one dose of a two-dose SARS-CoV-2 vaccine tends to decrease infections in the short-term if it produces a strong immune response, it may increase the potential for the virus to "escape" therapies in the longer-term if one-dose vaccinal immunity is weak, reports a new modeling study "Our work emphasizes that the impact of vaccine dosing regimes are strongly dependent on the relative robustness of immunity conferred by a single dose," the authors write.

As COVID-19 vaccines have been distributed internationally, several countries including the United Kingdom and Canada have chosen to delay the second dose to increase the number of individuals receiving at least one. The consequences of deviating from manufacturer-prescribed dosing regimens at the population scale are unknown - hinging on the strength of the immune response elicited by a single dose compared to natural and two-dose immunity.

To better understand the longer term epidemiological and evolutionary implications of different dosing regimens, Chadi M. Saad-Roy and colleagues built on an existing immuno-epidemiological model. Their model incorporates two vaccinated classes - those who received two doses, and those who received one - and allows vaccinal immunity to wane at different rates (meaning people become more susceptible at different points after vaccination, or after natural infection).

The authors focus mainly on the vaccines from Pfizer/BioNTech, Moderna, and Oxford/AstraZeneca, which are all two-dose vaccines, though they note their approach is generalizable. Saad-Roy and colleagues find that although one-dose strategies generally reduce infections in the short term, if one-dose vaccinal immunity is weak, it could lead to marginal short-term benefits at the cost of the virus continuing to replicate in some vaccinees, potentially leading to immune escape mutations. A two-dose strategy mitigates this effect, they say, but the corresponding reduction in vaccinated individuals increases the infection burden from other classes.

"Thus, to avoid these potentially pessimistic evolutionary outcomes," write the authors, "our results highlight the importance of rapid vaccine deployment." In the supplementary materials, the authors explore the implications of ramping up vaccine deployment through two approaches.