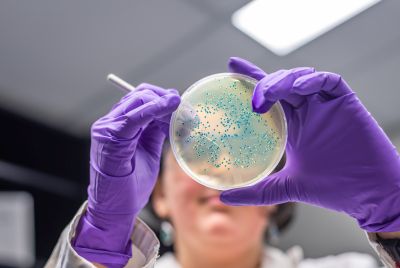 A University of Florida study of middle-aged and older adults finds those who unknowingly carry methicillin-resistant Staphylococcus aureus (MRSA) on their skin are twice as likely to die within the next decade as people who do not have the bacteria.

"Very few people who carry MRSA know they have it, yet we have found a distinct link between people with undetected MRSA and premature death," said the study's lead author Arch G. Mainous III, PhD, a professor in the department of health services research, management and policy at the UF College of Public Health and Health Professions, part of UF Health, the university's academic health center.

The findings suggest that routine screening for undetected MRSA may be warranted in older people to prevent deaths from infection.

One-third of Americans carry Staphylococcus aureus, or staph, on their skin or in nasal passages. About 1% of those people, or more than 3 million people, carry MRSA, the staph strain that is hard to treat and resistant to many antibiotics. Unless MRSA carriers develop an infection or are tested for the bacteria, they may not even know they carry it. Previous research has found that a quarter of people who carry MRSA without an active infection, known as colonized MRSA, for a year or more will eventually develop a MRSA infection.

"MRSA can be part of normal body flora, but it can lead to infection when immune systems are compromised, especially in people who are hospitalized, have underlying disease, or after antibiotic use," said Mainous, also vice chair for research in the UF College of Medicine's department of community health and family medicine.

A Centers for Disease Control and Prevention (CDC) report showed that in 2017, 119,000 Americans experienced a staph bloodstream infection and nearly 20,000 died. Hospitalized patients with colonized MRSA may be particularly vulnerable to developing an infection during a hospital stay or after discharge. Wounds, surgical incisions and use of medical devices, such as catheters, may also lead to MRSA infection among carriers.

For the study, which appears in the Journal of the American Board of Family Medicine, researchers analyzed data from the 2001-2004 National Health and Nutrition Examination Survey, a large, nationally representative study that combines survey questions with laboratory testing, including nasal swabs to test for the presence of MRSA. The researchers linked data on participants ages 40-85 with data from the National Death Index to track deaths over an 11-year period. Researchers adjusted for factors including gender, race and ethnicity, health insurance, poverty-income ratio, hospitalization in the previous 12 months, and doctor diagnosis of heart disease, diabetes and asthma.

Some states and hospital systems require MRSA testing for patients before hospital admission, but policies for testing and treatment of colonized MRSA, which may include use of topical or oral antibiotics, are highly variable from hospital to hospital, Mainous said.

"Without a uniform strategy, we are missing an opportunity to help prevent deaths caused by MRSA," Mainous said. "Maybe we should know who is carrying MRSA."