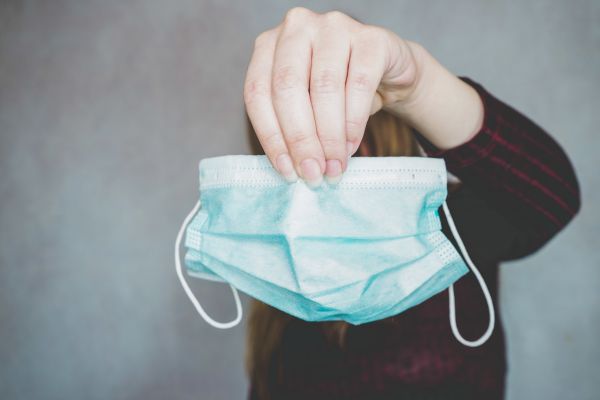 Throughout the COVID-19 pandemic, experts have encouraged mitigation strategies like masking and vaccination to help reduce the spread of the virus. A new study suggests a person’s individual level of narcissism affects whether they are more, or less, willing to participate in these efforts.

The researchers – including Peter Hatemi,, a distinguished professor of political science at Penn State – looked at the effects of both grandiose and vulnerable narcissism on whether people were more or less likely to wear a mask in public or get vaccinated against COVID-19.

Hatemi explained that grandiose narcissism is characterized by the pursuit of social status and a desire for others to see them as important and worthy of admiration. Meanwhile, vulnerable narcissism is associated with selfishness and ego-centrism or being especially sensitive to judgment from others.

After controlling for personal politics, perception of risk, state policies, and other important demographics, the researchers found that participants higher in grandiose narcissism were less likely to wear a mask or get vaccinated. However, in individuals who did choose to wear a mask, they were also more likely to tell others to wear one, as well.

The researchers said the findings – recently published in the journal Current Psychology – could be used to help shape messaging in the future.

“If you want to convince someone high in grandiose narcissism to wear a mask or participate in other mitigations, make that mitigation cool and unique to fulfill their need to stand out,” Hatemi said. “For those over sensitive to judgment, you could tell them the mitigation is socially sanctioned. Both of these strategies seem to tap into these personalities more than emphasizing the greater good, for example.”

According to the researchers, opinions about the COVID-19 pandemic and the mitigation efforts intended to slow its progress have been greatly divided in the U.S. Previous research found that conservatives were less likely to feel vulnerable to COVID-19 or that the virus was a serious threat, and more likely to believe the media was exaggerating the danger and impact of the virus.

However, the researchers suspected that politics alone could not explain people’s behaviors and opinions about the pandemic and that personality may play a role, as well.

“In a time when people were being encouraged to wear a mask or get vaccinated to help not just themselves but also other people, there was one personality trait that stuck out to us as a possible explanation for those that didn't want to comply,” Hatemi said. “My coauthor and I had been researching narcissism in other capacities for quite some time and it seemed like it could be strongly linked to these types of behaviors.”

For the study, the researchers collected information from a nationally representative sample of 1,100 U.S. adults in March 2021. They asked participants several questions about COVID-19 mask-wearing, as well as vaccine behaviors and attitudes. Participants also filled out assessments designed to measure levels of narcissism in their personality. Finally, participants were asked about how worried they personally felt about COVID-19.

The researchers said that while extreme narcissism can be a diagnosable personality disorder, narcissism to a milder degree is also an aspect of everyone’s personality that exists on a continuum.

“We all have some level of grandiose and vulnerable narcissism," Hatemi said. "It's a natural part of all humans' personalities because without it, we wouldn't function properly,” Hatemi said. “But this part of narcissism we all have, it can get easily fed by political messaging and hijacked into these different stories, which is what we saw during the COVID-19 pandemic.”