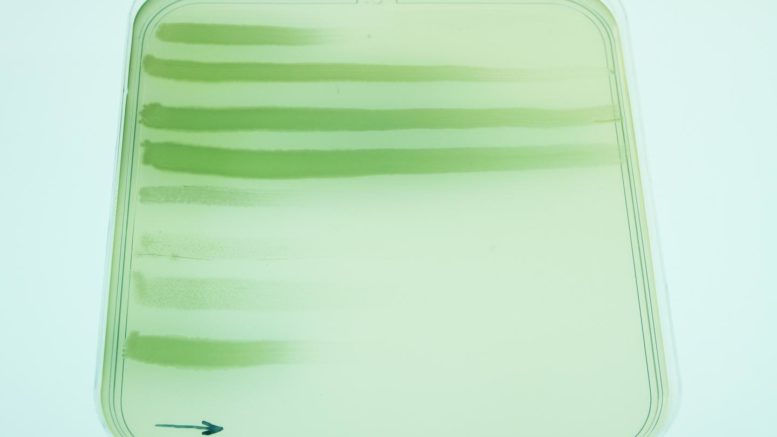 Researchers have provided new insight into a mechanism behind the evolution of antibiotic resistance in a type of bacterium that causes severe infections in humans.

Their findings in the multidrug-resistant bacterium Pseudomonas aeruginosa (P. aeruginosa), published today in eLife, suggest the strategy could be exploited to develop new and sustainable antibiotic treatments.

"Antibiotic resistance is one of the most serious threats to public health worldwide," says first author Camilo Barbosa, formerly a postdoctoral student in senior author Hinrich Schulenburg's lab at the Kiel Evolution Center (KEC) of Kiel University, Germany. "The World Health Organization warns of a post-antibiotic era in which infections can no longer be treated and could become one of the most frequent non-natural causes of death.

"The rapid evolution of antibiotic resistance makes antibacterial drugs ineffective within short periods of time, which means we need new strategies to maintain or even improve the effectiveness of existing antibiotics. But this development needs to take the relevant evolutionary processes into account, or else new drugs will likely fail."

"While a variety of distinct cases of collateral sensitivities have previously been described, it was still unclear whether they could be exploited for antibiotic treatment," Barbosa explains. "We tested one key requirement of this principle for medical implementation: stability of the evolutionary trade-off. Is collateral sensitivity stable across time, thereby allowing us to exploit it as a trade-off in order to eliminate bacterial populations and/or prevent emergence of drug resistance?"

Their experiments revealed that P. aeruginosa produces distinct cases of evolved collateral sensitivities in response to different drugs. Some of these are generally stable over time, leading to increased population extinction or at least the absence of the evolution of multidrug resistance. The team also found that the effectiveness of drugs was determined by the order in which they were used, the evolutionary costs for the bacteria when evolving antibiotic resistance, and the underlying genetic mechanisms.

"The pathogen's ability to adapt was particularly constrained when the treatment included a drug change from an aminoglycoside to a beta-lactam, a penicillin-like substance," Barbosa adds. In this case, the bacteria were unable to adapt and went extinct as a result of the sequential administration of the antibiotics. In other drug combinations, however, the pathogens were able to develop new multiple resistances. The evolutionary costs of resistance to the bacteria also played an important role in therapy success.

"The effects of changing certain drug classes and the impact of evolutionary costs on the development of resistance demonstrate the enormous potential of evolutionary principles for the design of new, sustainable antibiotic therapies," concludes senior author Hinrich Schulenburg, Professor in Zoology at the KEC. "As a next step, we plan to further develop these promising evolution-based strategies so that they may one day be used in patient treatment."

The paper 'Evolutionary stability of collateral sensitivity to antibiotics in the model pathogen Pseudomonas aeruginosa' can be freely accessed online at https://doi.org/10.7554/eLife.51481.