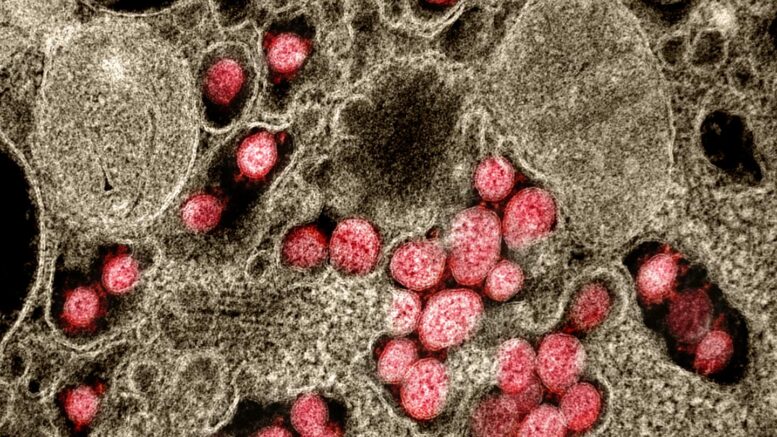 The rise of several significant variants of SARS-CoV-2, the virus that causes COVID-19, has attracted the attention of health and science experts worldwide. In an editorial published in JAMA, experts from the National Institute of Allergy and Infectious Diseases (NIAID), part of the National Institutes of Health, outline how these variants have arisen, concerns about whether vaccines currently authorized for use will continue to protect against new variants, and the need for a global approach to fighting SARS-CoV-2 as it spreads and acquires additional mutations.

The authors note that the overlapping discovery of several SARS-CoV-2 variants has led to confusing terms used to name them. The appearance of SARS-CoV-2 variants is so recent that the World Health Organization and other groups are still developing appropriate nomenclature for the different variants.

Numerous SARS-CoV-2 variants have emerged over the last several months. The authors note that the variants known as B.1.1.7 (first identified in the United Kingdom) and B.1.351 (first identified in South Africa) concern scientists because of emerging data suggesting their increased transmissibility.

Variants can carry several different mutations, but changes in the spike protein of the virus, used to enter cells and infect them, are especially concerning. Changes to this protein may cause a vaccine to be less effective against a particular variant. The authors note that the B.1.351 variant may be partially or fully resistant to certain SARS-CoV-2 monoclonal antibodies currently authorized for use as therapeutics in the United States.

The recognition of all new variants, including a novel emergent strain (20C/S:452R) in California, requires systematic evaluation, according to the authors. The rise of these variants is a reminder that as long as SARS-CoV-2 continues to spread, it has the potential to evolve into new variants, the authors stress. Therefore, the fight against SARS-CoV-2 and COVID-19 will require robust surveillance, tracking, and vaccine deployment worldwide.

The authors also note the need for a pan-coronavirus vaccine. Once researchers know more about how the virus changes as it spreads, it may be possible to develop a vaccine that protects against most or all variants. While similar research programs are already in place for other diseases, such as influenza, the changing nature of SARS-CoV-2 indicates that they will be necessary for this virus.