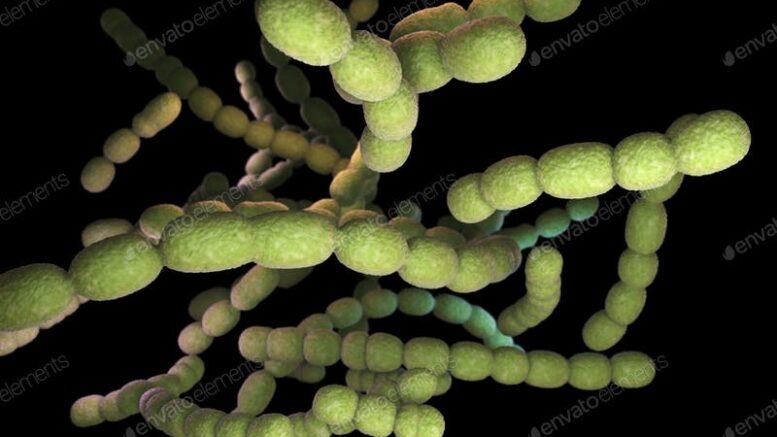 Unparalleled insights into the secret life of Streptococcus pneumoniae, the bacterium responsible for hundreds of thousands of infant deaths each year, have been revealed by new research from the Wellcome Sanger Institute, the University of Oxford, the Shoklo Malaria Research Unit and Imperial College London.

The study, published October 10 in Nature Microbiology, details the genetic diversity of the pathogen within individual infants, including hidden multidrug-resistant and virulent strains. The findings suggest that the detection of such resistant variants is only possible using a population deep sequencing (PDS) approach and that their presence may be due to individuals being treated with antibiotics.

The research highlights the potential for PDS to improve our understanding of pathogens like S. pneumoniae and to inform treatment strategies when antimicrobial resistance is a concern.

Streptococcus pneumoniae, also known as the pneumococcus, is a bacterial pathogen that causes diseases ranging from ear infections through to pneumonia, septicemia and meningitis. It is responsible for around 9 million global infections annually, with elderly adults and children particularly susceptible. More than 300,000 children die from pneumococcal infection each year, mainly in low- and middle-income countries (LMICs).

Not all individuals colonised by S. pneumoniae will become ill. The bacterium is carried without symptoms by up to 60 percent of children and by a smaller percentage of adults. Children are generally colonized by common strains, and this allows our immune systems to recognize and guard against them. As adults, we tend to be colonized by rarer strains that we may not have encountered before.

In this new study, researchers at the Wellcome Sanger Institute, the University of Oxford and Imperial College London set out to document the diversity of S. pneumoniae in children and adults.

Almost 4,000 samples, collected from infants and mothers over a two-year period, were whole genome sequenced to test whether the full diversity of S. pneumoniae lineages present could be mapped. Similarly to previous research, common serotypes such as 19F and 23F were much more likely to be found in infants. Serotype 3, which is responsible for disease in adults, was the only one to be found more frequently in mothers.

Importantly, the enhanced sensitivity of this genomics-based method compared to standard tests showed that rarer serotypes linked to disease were present in infants, but at low levels.

Dr. Gerry Tonkin-Hill, a first author of the study from the Wellcome Sanger Institute, said, “Most bacterial studies only look at one genome per person, but this means that the full diversity of the bacteria that we’re colonized by goes unrecorded. We wanted to see what we were missing by analysing many genomes taken from the same person simultaneously. The results of this study confirm that whole genome sequencing of populations of bacterial genomes is a highly accurate and effective way to do this, as shown by the detection of low numbers of disease-linked serotypes in infants.”

Genomic sequence data were also compared to antibiotic treatments received by individuals who became ill while taking part in the study. Analysis indicated that infants were at higher risk of being colonized by multidrug resistant lineages following treatment.

In contrast, common lineages that are susceptible to treatment were found to outcompete these multidrug-resistant lineages in infants who hadn’t received antibiotic treatment.

Dr. Clare Ling, a first author of the study from Shoklo Malaria Research Unit, Thailand, said, “Humans, particularly children, often host numerous pneumococcal strains simultaneously, which are competing with each other and with strains from other species. In a way it is good news that strains that we can treat with antibiotics are more dominant than resistant strains under normal circumstances, but the fact that treatment gives multi-drug resistant strains an advantage is concerning.”

Similarly to other pathogens that regularly infect humans, there is a growing threat from antimicrobial resistant strains of S. pneumoniae that are not susceptible to commonly-used medicines. It is thought that overuse of antibiotics contributes to resistance, yet these drugs save lives and remain our best defence against infectious bacteria. One way to improve our use of antibiotics is through precision medicine, where the strain causing an infection is identified so that the most appropriate drugs can be used.