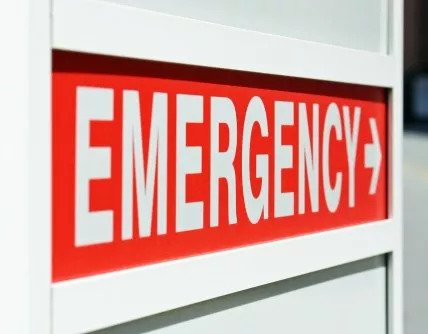 In a follow-up study conducted in South Africa, Johns Hopkins Medicine researchers say they have evidence that hospital emergency departments (EDs) worldwide may be key strategic settings for curbing the spread of HIV infections in hard-to-reach populations if the EDs jump-start treatment and case management as well as diagnosis of the disease. A report on the findings was published in August in EClinicalMedicine.

“In South Africa and in many other areas of the world, one of the major reasons HIV is spreading is because young men in particular are not virally suppressed, not taking their medication or are unaware of their diagnosis,” says Bhakti Hansoti, MBChB, PhD, MPH, associate professor of emergency medicine at the Johns Hopkins University School of Medicine and lead author of the research paper. She adds that young men are more likely to go to an ED for trauma or violence-related injuries than other clinical settings, and may not have a primary health care provider — making the ED the only point of entry for health care in general.

Building on a 2018 study of ED patients in South Africa that found that HIV testing in emergency departments is an effective way to identify and diagnose otherwise hard-to-reach people with HIV, the Johns Hopkins Medicine investigators worked with colleagues in three hospital EDs in East London, Mthatha and Port Elizabeth in the Eastern Cape province of South Africa, the country with the world’s largest number of recorded HIV infections.

Nearly 38 million people around the world are currently living with HIV, according to the Joint United Nations Program on HIV/AIDS (UNAIDS). About 20% of people who have HIV live in South Africa. To end the HIV/AIDS epidemic, UNAIDS established treatment targets for 90% of all people with HIV around the world to know their HIV status by 2020, for 90% of those diagnosed to be on HIV treatment known as antiretroviral therapy (ART), and for 90% of all people receiving ART to have undetectable HIV levels in their blood and, therefore, be unable to transmit the virus to others.

“We already know that HIV testing in the ED is critical to achieving these targets, but testing alone is just not going to cut it,” says Hansoti. “Testing alone will help us reach that first 90% goal, but to get to the second and third 90%, we believe EDs need to play an active role in treatment initiation.” EDs also must initiate follow-up case management and link patients to care outside of the ED, the researchers say.

Of all the HIV patients tested for ART, only 54% tested positive for the presence of ART, and 49% of those on ART were found to be virally suppressed. This is significantly below the 90-90-90 targets. While women were more likely to have HIV, the researchers found that men were twice as likely to be unaware of their HIV status and, therefore, also less likely to be on ART and virally suppressed — and hence more infectious to their sex partners. The researchers consider young men, in particular, to be “drivers of the HIV epidemic” in South Africa.

The researchers say their findings suggest that EDs around the world should not only implement routine HIV testing to find often-missed patients but also train physicians and nurses to start patients on ART and provide post-test counselling.

“Patients can be tested for HIV while waiting in the emergency department and then, if positive, be counseled and offered treatment or, at the least, followed up in a specialized HIV care facility,” Hansoti says.

The research team noted the challenges in implementing HIV care services in the ED, including the high volume of patients, and provider hesitation to start patients on ART due to possible comorbidities and liabilities.

Still, the researchers believe these initiatives are needed to curb the HIV epidemic. “Our research shows there are many patients with HIV in the emergency department who are untreated, undertreated and undiagnosed,” Hansoti says.

The researchers say they also plan to explore HIV care strategies best suited to the ED.