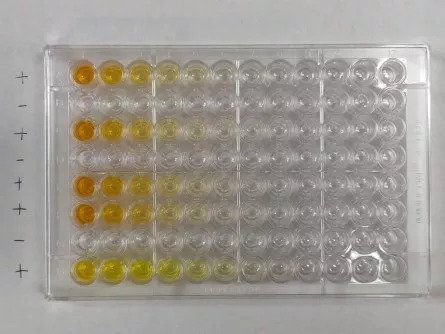 The researchers also show that antibody titers (levels) are stable for at least a period of 3 months, and that anti-spike binding titers significantly correlate with neutralization of the SARS-CoV-2 virus. The findings are based on a dataset of 19,860 individuals screened at Mount Sinai Health System in NYC. Understanding the response in mild COVID 19 cases is of high importance since mild and asymptomatic cases constitute the majority of infections. Uncovering the robustness of antibody response, including its longevity and its functionality (neutralizing effects), will be critical to informing serosurveys and determining levels and duration of antibody titers that may be protective from reinfection.

Of note, these observations are in contrast to a recent report that found waning antibody levels 8 weeks post-infection as compared to acute responses

Some points from the paper include:

-- Antibodies to SARS-CoV-2 can target many of its encoded proteins. So far, two structural proteins have been utilized as target antigens for serological assays (antibody tests) and characterizing the immune response to the virus. One of them is the abundant nucleoprotein (NP), which is found inside the virus or inside infected cells. The other is the spike protein. The spike contains the receptor binding protein (RBD), which the virus uses to dock to its cellular receptor angiotensin converting enzyme 2 (ACE2), in addition to possessing the machinery that allows fusion of viral and cellular membranes. A number of antibody-based tests targeting NP have been developed and are being used for serological studies. However, due to the biological function of NP and the fact that it's shielded from antibodies by viral or cellular membranes, it's unlikely that NP antibodies can directly neutralize the virus. It's known from other coronoviruses as well as for SARS-CoV-2 that the spike is the main, and potentially the only target for neutralizing antibodies

-- The assay used in this study - an enzyme-linked immunosorbent assay (ELISA) that was initially developed in early 2020, has been extensively used in research and was established in Mount Sinai's CLIA laboratory where it received New York State DOH and FDA emergency use authorization - is based on the spike protein. The Mount Sinai ELISA antibody test has sensitivity of 92.5% and specificity of 100%.

-- To assess longevity of the antibody response to the spike, the team recalled 121 plasma donors at a variety of titer levels for repeat antibody testing about 3 months post-symptom onset. In the higher titer range they observed a slight drop in titer between the two time points and simultaneously saw an increase in individuals who initially had titers between 80 - 320. The research team plans to follow this cohort over longer intervals of time.

-- For many different viral infections, correlated of protection have been established. These correlates are usually based on a specific level of antibody acquired through vaccination or natural infection that significantly reduces the risk of (re)infection. These titers have facilitated vaccine development significantly. The Mount Sinai data reveals antibody binding titers to the spike protein correlate significantly with neutralization with SARS-CoV-2 and the vast majority of individuals with antibody titers of 320 or higher show neutralizing activity in their serum. It will be important to work towards identifying a correlate of protection for SARS CoV 2.

-- While this cannot provide conclusive evidence that these antibody responses protect from re-infection, researchers believe it's very likely they will decrease the odds ratio of getting re-infected and may attenuate disease in the case of breakthrough infection.