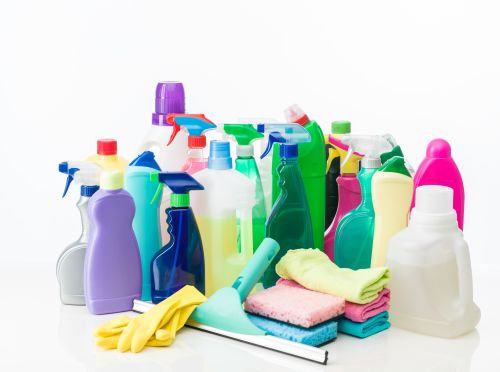 "Many future mothers are exposed to potent chemicals at work, but potential offspring health effects are hardly investigated," says professor Cecilie Svanes. "However, emerging research suggests that parents’ chemical exposures before conception might influence the health in future offspring."

The authors of this paper investigated 3,318 offspring-mother pairs, the offspring participated in the RHINESSA study and the mothers participated in the RHINE study. Adult offspring gave information about their childhood onset asthma and other health aspects, and the mothers had informed about all their previous jobs. Jobs with exposure to cleaning agents and disinfectants included cleaners, nurses and other healthcare workers, cooks, etc. The analyses revealed that if mother had started working with such exposure years before the conception of her child, the child had 71% more asthma and/or wheeze. If she had begun such work after the child was born, no increase in asthma risk could be found.

These findings suggest that cleaning agents and disinfectants might induce changes in the mother that are transferred to future offspring and influence their health. One can only speculate about possible mechanisms. Many women had quit exposed jobs many years before conception of the child, thus, the mechanism most likely involves influence on eggs.

This study is quite unique, as very few studies allow for detailed investigation of parent’s job exposures in relation to offspring health outcomes. Considering health effects of cleaning agents directly on the person who is exposed, that is a very different story – a solid literature now shows how such compounds with their irritants and sometimes allergens, may harm the airways. But no previous study has investigated the effects of such exposure, years before conception, on future offspring.

The paper, “Maternal preconception occupational exposure to cleaning products and disinfectants and offspring asthma," was published in the Journal of Allergy and Clinical Immunology.