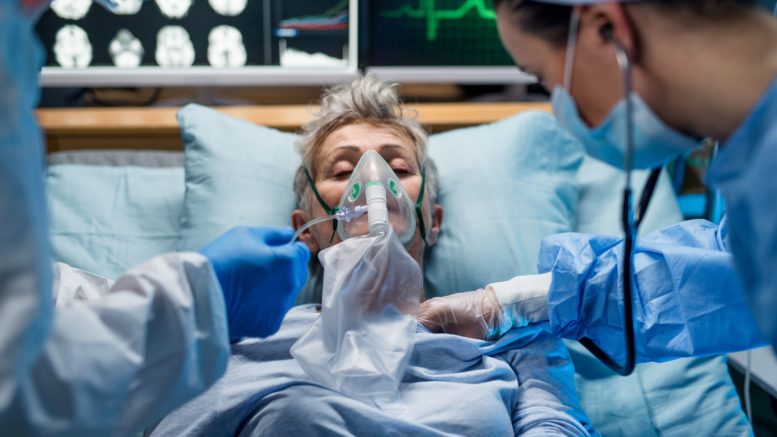 For critically ill COVID-19 patients treated with extracorporeal membrane oxygenation (ECMO), the risk of death remains high -- but is much lower than suggested by initial studies, according to a report published today by Annals of Surgery.

The findings support the use of ECMO as "salvage therapy" for COVID-19 patients with acute respiratory distress syndrome (ARDS) or respiratory failure who do not improve with conventional mechanical ventilatory support, according to the new research by Ninh T. Nguyen, MD, chair of the Department of Surgery, University of California, Irvine Medical Center (UCIMC) and colleagues. "Our findings refute previous reports of futility for ECMO therapy in the setting of COVID-19," states Fabio Sagebin, MD, of the UCIMC Division of Cardiothoracic Surgery.

While some hospitals have been using ECMO therapy for COVID-19 patients with severe ARDS, there is a "paucity of data" on outcomes, according to the authors. Initial case series reported "exceedingly high" mortality rates: over 90 percent.

Nguyen and colleagues used the nationwide Vizient hospital database to analyze outcomes of 11,182 patients with COVID-19 and ARDS who received ECMO between April and September 2020. The patients were treated at 155 US medical centers; numbers of patients treated with ECMO ranged from 1 to 38 per hospital. The majority of patients were under the age of 50 years (57.9 percent) with about 37 percent aged 51 to 64 years. Only about five percent were aged 65 years or older.

For these ECMO-treated COVID-19 patients with ARDS, the overall rate of in-hospital death was 45.9 percent. Although high, that is roughly half the mortality rate reported in smaller ECMO studies from early in the pandemic. It's also comparable to the 39 percent death rate in a recent analysis of about 1,000 patients from the Extracorporeal Life Support Organization registry (largely treated at higher-volume ECMO centers).

"Our data showed that patients with COVID-19 and ARDS treated with conventional ventilatory support had a high risk of death and patients selected for ECMO, which is a higher risk group, had a similarly high rate of death," according to Sagebin. "The data suggests that in appropriately selected patients, we can save lives with this therapy."

The researchers note some limitations of their database study, including the lack of data regarding the extent and severity of ARDS or response to ventilatory support measures.

Nguyen states: "Although ECMO therapy appears to show a benefit, it is a costly and resources intensive therapy including long length of hospitalization that is not readily available at most medical centers. In the setting of a pandemic when the number of severely ill patients outpaced the availability of limited resources, then this therapy will require appropriate selection of patients that would be most likely to benefit."