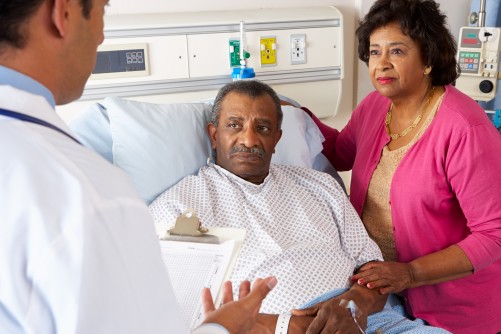 Two out of five individuals delayed or missed medical care in the early phase of the pandemic -- from March through mid-July 2020 -- according to a new survey from researchers at the Johns Hopkins Bloomberg School of Public Health.

The survey of 1,337 U.S. adults found that 544, or 41 percent, delayed or missed medical care during the survey period. Among the 1,055 individuals who reported needing medical care, 29 percent (307 respondents), indicated fear of transmission of COVID-19 as the main reason. Seven percent (75 respondents) reported financial concerns as the main reason for delaying or missing care.

The findings were published online in JAMA Network Open on January 21.

"Understanding the reasons individuals forgo care is important in order to design policy and clinical interventions to limit the extent of forgone care," says lead author Kelly Anderson, a doctoral student in the Department of Health Policy and Management at the Bloomberg School. "This is particularly relevant as COVID-19 cases are surging again."

During the initial phase of the COVID-19 pandemic, the U.S. health care system experienced major disruptions including the closures of medical practices, cancellation of elective procedures, and the shift of many health services to telehealth. As a result of the disruptions, many individuals missed or postponed medical care which can lead to increased health complications, cost, and delayed diagnosis.

Among the 1,055 individuals who reported needing medical care from March to mid-July 2020, more than half, 52 percent (554 respondents) reported missing care. Among those, 58 percent who had a scheduled preventive care appointment missed the appointment and 60 percent (77 respondents) with a scheduled elective surgical procedure forwent the procedure. Approximately half, 51 percent (38 respondents), of respondents with a new severe mental health or physical health issue that started after the start of the pandemic, reported not seeking care for a new health issue.

"These COVID-19-related interruptions in needed medical care will likely have longer term consequences beyond the pandemic--including exacerbating health disparities," says Colleen Barry, MPP, PhD, the Fred and Julie Soper Professor, chair of the Department of Health Policy and Management at the Bloomberg School, and senior author on the study. "Our study indicates that many people are forgoing medical care for economic reasons, and this suggests that economic stimulus policies such as extension of unemployment benefits could also have important health benefits."

The survey was conducted in collaboration with the SNF Agora Institute at the Johns Hopkins University.

"Reports of Foregone Medical Care Among US Adults During the Initial Phase of the COVID-19 Pandemic" was written by Kelly Anderson, Emma McGinty, Rachel Presskreischer, and Colleen L. Barry.

The study was supported by the Johns Hopkins Bloomberg School of Public Health, the Johns Hopkins University Alliance for a Healthier World's 2020 COVID-19 Launchpad Grant, the Agency for Healthcare Research and Quality (T32HS000029), and the National Institute of Mental Health (T32MH109436).