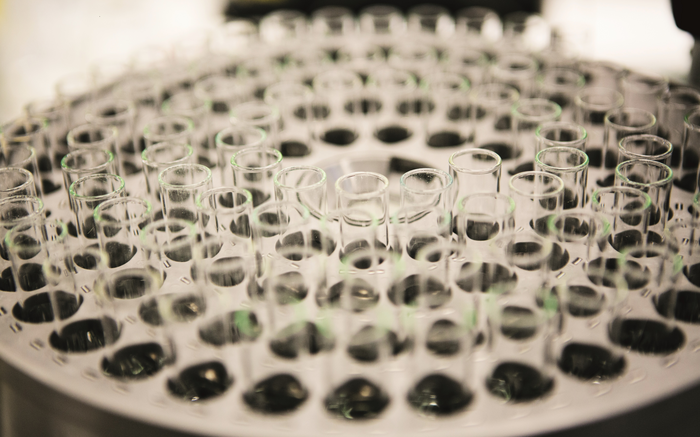 Bacteria are masters at adapting; when their existence is threatened, they mutate into a new and improved version of themselves that can no longer be threatened by eg antibiotics. Consequently, many disease-causing bacteria today are resistant to antibiotics.

"Resistance will occur because that’s how evolution works," says professor and head of research, Birgitte Kallipolitis, who studies disease-causing bacteria at the Department of Biochemistry and Molecular Biology at University of Southern Denmark.

And that's exactly why, like other researchers around the world, she thinks it's time to find new ways to fight or neutralize the perpetually mutating bacteria.

For some years now, she and her research group have studied a particular type of fatty acid, which has proven itself interesting in this context. The researchers use listeria as a bacterial model to test the effect of these fatty acids. Elsewhere in the world, colleagues are using salmonella and cholera bacteria for similar tests.

The particular fatty acids are interesting not only because they can kill the listeria bacteria in Kallipolitis' laboratory, but they can also turn off their ability to infect and spread infection.

The researchers' experiments have shown that the fatty acids have an antimicrobial effect, ie that they can kill listeria bacteria. At first, this sounds good, but then there is the mutation thing; trying to kill the bacteria only makes it mutate into a new and resistant version of itself.

The concept of making a disease-carrying bacterium unable to spread or make us sick is called turning off its virulence. When you turn off the virulence of a bacterium, you prevent it from producing proteins like adhesins and invasins, which the bacterium needs to attach to a cell so that it can enter the cell.

"If a listeria bacterium cannot enter a cell, it cannot spread, and then no infection will occur," Kallipolitis explains.

The Listeria bacteria in Kallipolitis' experiments are only harmless as long as their virulence is switched off. When they are no longer exposed to the fatty acids that turn off their virulence, they regain the ability to spread

"But this may be the extra help that allows a patient to cope with an infection. Antiviral medication or supplements could be good for the prevention of infections, especially in the elderly and weak," Kallipolitis says.

The fatty acids that she and her colleagues work with, are so-called medium and long free fatty acids.

"We have especially focused on the free fatty acids, palmitoleic acid and lauric acid, which are found in nuts, seeds, plants and milk, etc. In our experiments, they show an antiviral effect," she says.

Kallipolitis points out that you cannot eat your way to an antivirulent effect by, for example, eating nuts and seeds containing palmitoleic acid and lauric acid. "The fatty acids must be in the free form, and that does not generally occur in food. You can buy free fatty acids as supplements but be aware that most fatty acids in supplements are locked and not in the free form. We do not yet know if you can achieve the effect by consuming free fatty acids. Maybe the fatty acids are metabolized before they reach the battle ground in the intestinal system, where the fight against many resistant bacteria takes place. Maybe we need pharmacists or chemists to find a way to transport the fatty acids to the scene of the battle, she explains.

Hence, a special dietary supplement or tablet is not just around the corner, she emphasizes. Before we get there, a number of tests are needed.

"The next step will be to test the antivirulence effect in a laboratory system reminiscent of the human intestinal system; here we will add listeria bacteria and see if the fatty acids will make them avirulent. If this works, it goes on to mouse experiments, and eventually it can hopefully be used prophylactically in humans," says Kallipolitis.