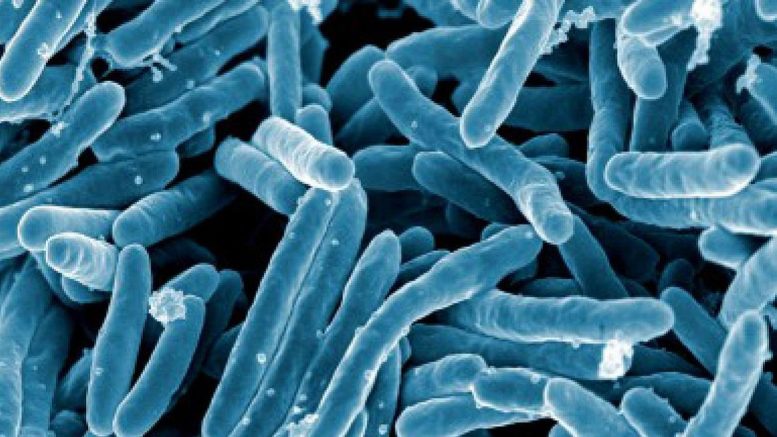 Scanning electron micrograph of Mycobacterium tuberculosis bacteria, which cause tuberculosis. Courtesy of NIAID

The National Institute of Allergy and Infectious Diseases (NIAID), part of the National Institutes of Health, has awarded $30 million in first-year funding to establish new centers for immunology research to accelerate progress in tuberculosis (TB) vaccine development.

New and improved TB vaccines are badly needed. Over the past 200 years, TB has claimed the lives of more than 1 billion people—more deaths than from malaria, influenza, smallpox, HIV/AIDS, cholera and plague combined. TB is the world’s leading infectious cause of death and remains a major global health concern. TB is caused by the bacterium Mycobacterium tuberculosis (Mtb), which spreads from person to person through airborne transmission. Nearly one-quarter of the world’s population has latent Mtb infection, meaning they carry the bacteria in an inactive form but are not ill and do not transmit Mtb to others. People with latent TB have a 5 percent to 10 percent lifetime risk of developing active TB disease. The probability of developing active TB is considerably higher in those who are immunocompromised.

The new contract awards establish and provide up to seven years of support for three Immune Mechanisms of Protection Against Mycobacterium tuberculosis (IMPAc-TB) Centers to elucidate the immune responses needed to protect against Mtb infection. A better understanding of TB immunology is critical to guide the design and development of new and improved TB vaccines, and aligns with the goals of the NIAID Strategic Plan for Tuberculosis Research. Existing BCG vaccines provide some protection to infants and young children against disseminated TB disease, in which the infection has spread to multiple organs. However, these vaccines do not prevent lung infections or provide long-term protection against Mtb infection.