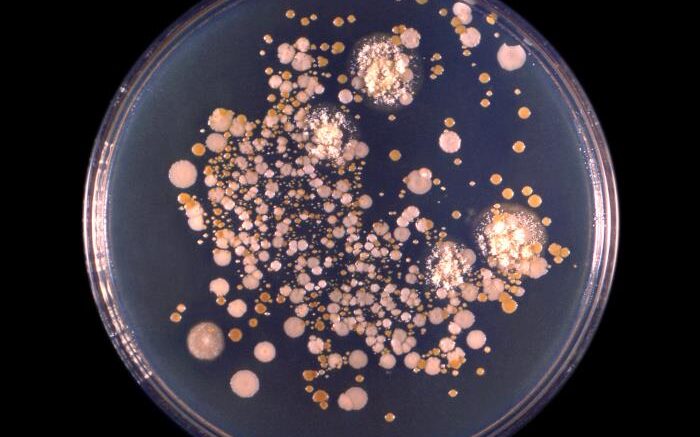 Colonies of Cryptococcus neoformans fungal organisms. Courtesy of the CDC

An international research team has deciphered the mechanism by which the fungus Cryptococcus neoformans is resistant to fungus-specific drugs. It is a yeast-like fungus that can infect humans. Specific drugs, named antifungals, are available for treatment, but they don’t always work – a phenomenon similar to antibiotic resistance. A team from Duke University and Ruhr-Universität Bochum (RUB) has used genetic, bioinformatic and microbiological techniques to decipher the mechanism underlying this resistance. They describe it in the journal Nature Microbiology, published online on Aug. 2, 2022.

“The results are highly relevant for combating fungal infections in clinical practice, veterinary medicine and agriculture,” says Ulrich Kück, senior professor of general and molecular botany at RUB. He cooperated for the project with the Bochum researcher Dr. Tim Dahlmann and the team headed by Dr. Joe Heitman, who is currently based at Duke University in North Carolina and has been a visiting professor at RUB on several occasions.

“In the western hemisphere, the number of people with a lowered immune defence is increasing, because life expectancies are rising rapidly and treatment with immunosuppressants after organ transplants is becoming more common,” explains Kück. “This is associated with an increase in fungal infections.”

Cryptococcus neoformans is one of the most significant human pathogenic fungi responsible for cryptococcosis. It triggers acute infections in immunocompromised patients; and the mortality rate may be as high as 70 percent. This is because fungal strains that are resistant to the drugs often evolve in hospitals, which makes treatment more difficult. So far, it was unclear which cellular and genetic mechanisms lead to this resistance.

So-called transposons, however, were known to play a role in the resistances. Transposons are jumping genes, i.e. DNA segments that can change their position in the genome and thus affect the function of genes. If a transposon jumps into a gene that’s critical for susceptibility to a drug, it’s possible for resistance to emerge. The mobility of the transposons is controlled by regulatory RNAs, so-called small interfering RNA, or siRNA for short.

In their current study, the researchers discovered gene mutations in resistant isolates that led to siRNA control being switched off. By introducing an intact copy of the gene, it was possible to restore siRNA control; as a result, the researchers were able to prevent the transposons from jumping and shed light on the cause of resistance. Due to their small size, the gene segments that code for siRNAs are not easy to find in the genome. Dahlmann managed to locate them with special bioinformatic analyses. By identifying the resistance mechanisms, it will be possible to use them for the treatment of mycoses in humans in the future.