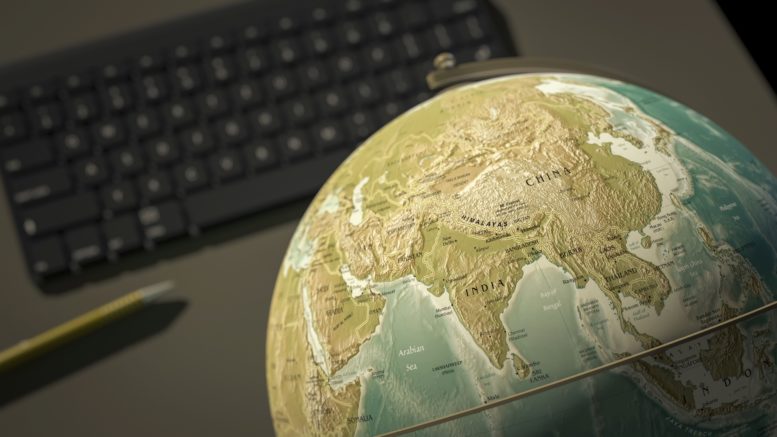 3d rendering of a globe on a desktop shows India

Staphylococcus aureus is a major human pathogen prone to developing antibiotic resistance, causing 120,000 cases of bloodstream infections every year in the United States and more than 5,000 in Australia; the mortality rate is around 25 percent from each case.

The Bengal Bay clone was first described in the 1990s with reports of it causing severe disease in India.

Researchers from the Peter Doherty Institute for Infection and Immunity (Doherty Institute), the Australian Institute of Tropical Health and Medicine and the Wellcome Sanger Institute in the UK found the Bengal Bay clone combines the high virulence potential of community clones with the multi-drug resistance of health care-associated S. aureus lineages.

Published today in the journal mBio, researchers were able to show step-by-step mutations of the Bengal Bay clone, narrowing down the timeline of increasing resistance to different antibiotics and when it was exported across international borders.

Senior author, Royal Melbourne Hospital clinician researcher, associate professor Steven Tong from the Doherty Institute, said the team sequenced 340 isolates from 14 countries, including the first isolates from Bangladesh and India from the 1990s.

"By being able to map the Bengal Bay clone over many years, we were able to see it progressively acquire specific antibiotic resistance mechanisms, following which it achieved global transmission through family contacts or travel. Several small-scale community and healthcare outbreaks were evident after importation to countries outside the Indian subcontinent," Tong said. "We have already seen two documented cases of the Bengal Bay clone in neonatal intensive care units. This study highlights how antibiotic resistant pathogens can arise from areas of the world with limited public health infrastructure and control of antibiotic use, and then spread globally. Ultimately, rising rates of antibiotic resistance is a global issue."

Tong said previously, antibiotic resistant forms of S. aureus (MRSA) were mainly found in hospitals and were difficult to treat due to resistance to multiple antibiotics. "More recently, MRSA clones have been causing major problems in the community setting in patients who have never been to hospital," he said. "These community clones tended to be more virulent with the ability to cause severe disease in otherwise young, healthy individuals. But thankfully, the community clones have typically been resistant to fewer antibiotics. The Bengal Bay clone combines a high level of both antibiotic resistance and virulence."