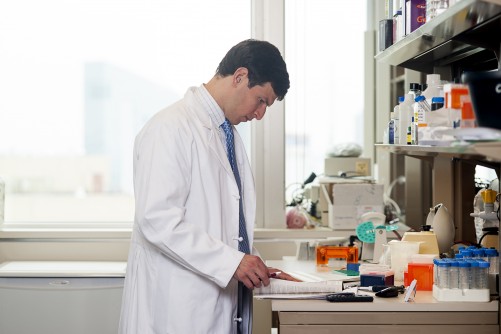 With doctors and researchers around the world searching for effective treatments for COVID-19, many drugs approved to treat other diseases are being used in hopes that they’ll be effective against the virus, a use that’s known as “off-label.” New research from the Perelman School of Medicine at the University of Pennsylvania catalogued every use documented in medical literature so far and found physicians have reported on the use of more than 100 different off-label and experimental treatments. The effort, called COvid19 Registry of Off-label & New Agents (CORONA), is an attempt to take an inventory of what’s being used where, as well as to spot any evidence of treatments that warrant further investigation in a randomized clinical trial. The findings published in Infectious Diseases and Therapy today.

“We can’t win this fight if we don’t take stock of the tools that are already being used and search for new ones that could be effective. While off-label use is happening all over the world, there’s currently no system in place to track it, so we felt like we had to create one,” said the study’s lead author David C. Fajgenbaum, MD, MBA, MSc, an assistant professor of Translational Medicine & Human Genetics and director of the Center for Cytokine Storm Treatment & Laboratory (CSTL) at Penn.

Fajgenbaum is also the executive director of the Castleman Disease Collaborative Network (CDCN) and a Castleman patient himself. In 2012, after failing to respond to other therapies and having relapsed multiple times after chemo, Fajgenbaum’s research suggested a drug approved for other uses may be effective for his condition. Based on his own research and in consultation with his treating physician, Fajgenbaum decided to test the drug on himself and has been in remission ever since.

“With the world facing its greatest public health crisis in a century, we decided to take action, using the same approach that helped me and applying it to potentially help find promising leads in the treatment of COVID-19,” Fajgenbaum said.

The team reviewed about 2,700 published papers from all over the world detailing the treatment of COVID-19. From there, they gathered data on 9,152 patients and found doctors had tried 115 different drugs. These treatments were grouped into categories – antivirals were unsurprisingly the most common, followed by antibacterials and corticosteroids. The analysis also showed the use of immunosuppressants and blood substitutes, among other treatment options. Sheila Pierson, MS, the associate director for clinical research at the CSTL, director of registry enrollment for the CDCN, and the study’s senior author, led the analysis of the data.

“Our team has spent the last several years studying drugs used to control the cytokine storm in Castleman disease, so I’m glad we were able to apply these principles to COVID19. The work remains ongoing, and we are updating this drug inventory daily as we continue to compile information on other treatments as they’re being reported in the medical literature,” Pierson said.

Fajgenbaum notes that the goal of this work is not to point toward the most effective treatment, but to provide a resource for what may be candidates for further study.

“We hear a lot about the same handful of drugs, but we show here that there are many more currently in use than those that have already made headlines. Anything that shows promise anecdotally still needs to be rigorously tested in a clinical trial to see if it is effective and safe,” Fajgenbaum said.

Source: Perelman School of Medicine at the University of Pennsylvania